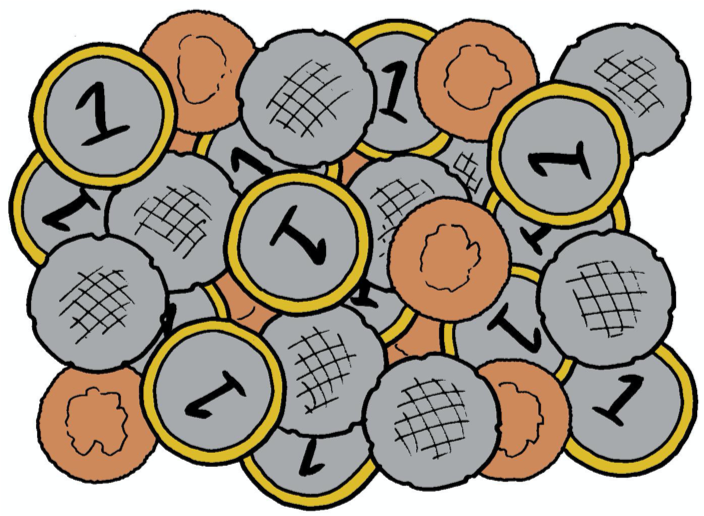 The companies I have worked with before had either no bonus system or it sucked. It created an ill environment of envy and harmed the company culture. The main problem was that they were designed after the traditional “if … then” reward systems. But since Daniel Pinks great book “Drive”, we know that these rewards don’t work, or can even have the opposite effect we want. (watch this video if you don’t know what I am talking about).

So, what shall we do? Giving no bonus? Basically, I think that is fine and I felt always motivated even without seeing the bonus on the horizon. On the other hand, it’s a nice thing to receive a reward as a form of recognition for the effort made. And I think when the company is making great profits, it should be shared with the employees who are mainly responsible for the success.

Traditional bonus systems are designed top-down. The manager decides who get how much. But this requires that the manager has a complete picture of each employees effort at any time. That is impossible.
So, what to do? 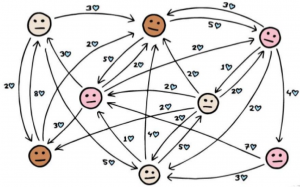 Merit Money is a peer-to-peer bonus system. Every employee receives each month a set of virtual coins, for example, 100. Every time someone else does something good and you think that should be rewarded you are giving as many coins as you want to that person. Over the month each employee is collecting coins. At the end of the month, you can trade the coins into real rewards. The manager can define those rewards before every month, for example for 150 coins you get a free lunch, for 500 coins you get an extra holiday.
But there are also several software tools that you can use to implement Merit Money. It provides a peer-to-peer bonus system where you can distribute money virtually. For example, Bonusly can be integrated into your Slack, Yammer or any other company platforms.
Another provider in Japan is Unipos. Feedforce is using it and you can see how it helps them create a positive company culture.

We tried Merit Money at NuWorks

I wanted to do it differently than my former employers and proposed to my team the Merit Money system. They agreed and we ran the experiment. Everybody, including me (the CEO), got 30 points per month. Ideally, at the end of the month, everyone had spent all points. We used a dedicated slack channel called “Merit Money” where everybody wrote a thank you note with the amount of points to the dedicated person. For example, my coworker helped me out with some translations and I thanked her by giving 6 coins to her. Eventually, someone else was also benefiting from it and also gave her 4 coins. She felt very happy and I felt good too because giving something makes me happy too.

We took track of the points with an online excel sheet. It was not real-time, so sometimes someone spent more than the allocated 30 points. But that was no problem. At the end of the month, I gave 3% of the companies profit to the team as a bonus. Furthermore, I added ¥1,000 to make sure that the team even gets something in months where we made no profits, so at least a little bonus was distributed.

It worked for us … for a while

At the beginning it was really a great tool for us and everybody gave points to each other. The nice effect is that the employees decide who adds which value and not the manger. It is fair for everyone because it is done in a transparent way. And it worked! It created a culture of gratitude rather than envy. I felt that our team spirit benefited a lot from it. Last but not least, it was fun.
But after a couple of months using it, my team used it less and less. I wondered why and tried to remind the people to use their points. But, still it was not the same as in the beginning. One person used it very frequent and some other very rarely. In one team meeting this person complained that she is not receiving many points even when she is spending many points and is doing a lot of work. And I had to agree with her. Slowly but steadily this tool became more of a burden to the team. One person mentioned that it is a duty and was not fun any more. We had to acknowledge that it was time for killing this practice. But as we wanted to keep the culture of appreciation we decided to replace it with the Kudo cards practice.

You should not force on people Management 3.0 practices is one of my key leanings. People should do something because they like doing it, not because you are telling them to do it. I think it is OK to push a new practice to experiment with it, but to keep it valuable for the team it should be reviewed regularly and changed a little bit from time to time to keep it interesting. I should have get more feedback from the team.
The whole experiment was a big lesson for me: Always, be ready to give up good things and keep adapting.
Furthermore, I think our team was too small. A small startup with only four member is already  highly motivated and has a high intrinsic motivation. Therefore a tool like Merit Money just adds extra overhead without bringing a lot of value. Nevertheless, I would definitely recommend it for bigger companies and larger teams than us.

Nowadays, we are using a new bonus system, which is very simple: Everybody gets a previous agreed share of the companies profit. Lets see how long this will work … 🙂

Workshop about Management 3.0 at the Tokyo Business Meetup

Item added to your cart

Continue Shopping Go To The Cart